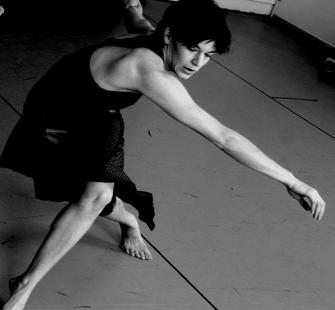 Choreographer Hope Mohr founded Hope
Mohr Dance (HMD) in 2007 after performing for many years with a number of
pioneers of modern dance, including Trisha Brown, Lucinda Childs, Douglas Dunn,
and Margaret Jenkins. She trained at San Francisco Ballet School and on
scholarship at the Merce Cunningham and Trisha Brown studios. In addition to
performing in several major New York-based companies, she also danced as a
freelance artist with Mimi Garrard, Pat Catterson, Liz Gerring, and Trajal
Herrell. Since 1994, Mohr has presented her choreography on both coasts—in New
York City at Movement Research at Judson Church, the Merce Cunningham Studio,
the Construction Company, and The Stable—and in the Bay Area’s West Wave
Festival, ODC Pilot Series, The Garage, and the American College Dance
Festival. In 2005, she assisted Lucinda Childs in Dr. Atomic, a premiere for San Francisco
Opera.

In 2006, Mohr was the first
artist-in-residence with the Interdisciplinary Laboratory for Art, Nature and
Dance in New York City, where she collaborated with sound artist Michelle Nagai
to develop The Language of the Listening Body, a performance project that
investigates listening and moving in the urban environment. Her article about
her “Listening Body” work was published in Women & Performance: a
journal of feminist theory. She was a 2009 participant in the Choreographers in Mentorship
Exchange Program with mentor Molissa Fenley. Mohr has taught modern dance
technique at the Trisha Brown Studio, London School of Contemporary Dance,
P.A.R.T.S. in Brussels, Dancers’ Group, ODC, Mills College, Stanford
University, and Shawl-Anderson. She has also taught creative movement at Breast
Cancer Connections, California Cancer Care, and to women in the HVRP unit of
the Palo Alto Veterans Affairs Hospital.