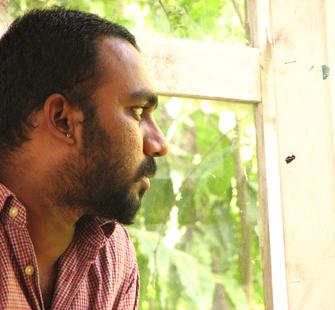 Multi-mediatic in his practice, Shreyas Karle works with formats such as video, sculptural forms, illustrative/narrative book formats, collages, and collaborative community projects. His works are loaded with visual pun, often developed with reference to mundane objects or situations. Absurdity becomes a metaphor which he uses to reflect upon social situations, thus creating an ambience of humour that mocks the ironies of reality. Interactivity is an integral part of his meaning making process, especially with reference to his community/collaborative projects. In an effort to resist labelling he pushes his practice in various directions, constantly camouflaging various ideas within a single work.

Karle (b. 1981) has completed PD in Visual Arts from M.S.University of Baroda, and GD Art from L.S.Raheja School of Arts (Mumbai). He has received the KAVA award from Kashi Art gallery and the Bodhi Art award in 2008.