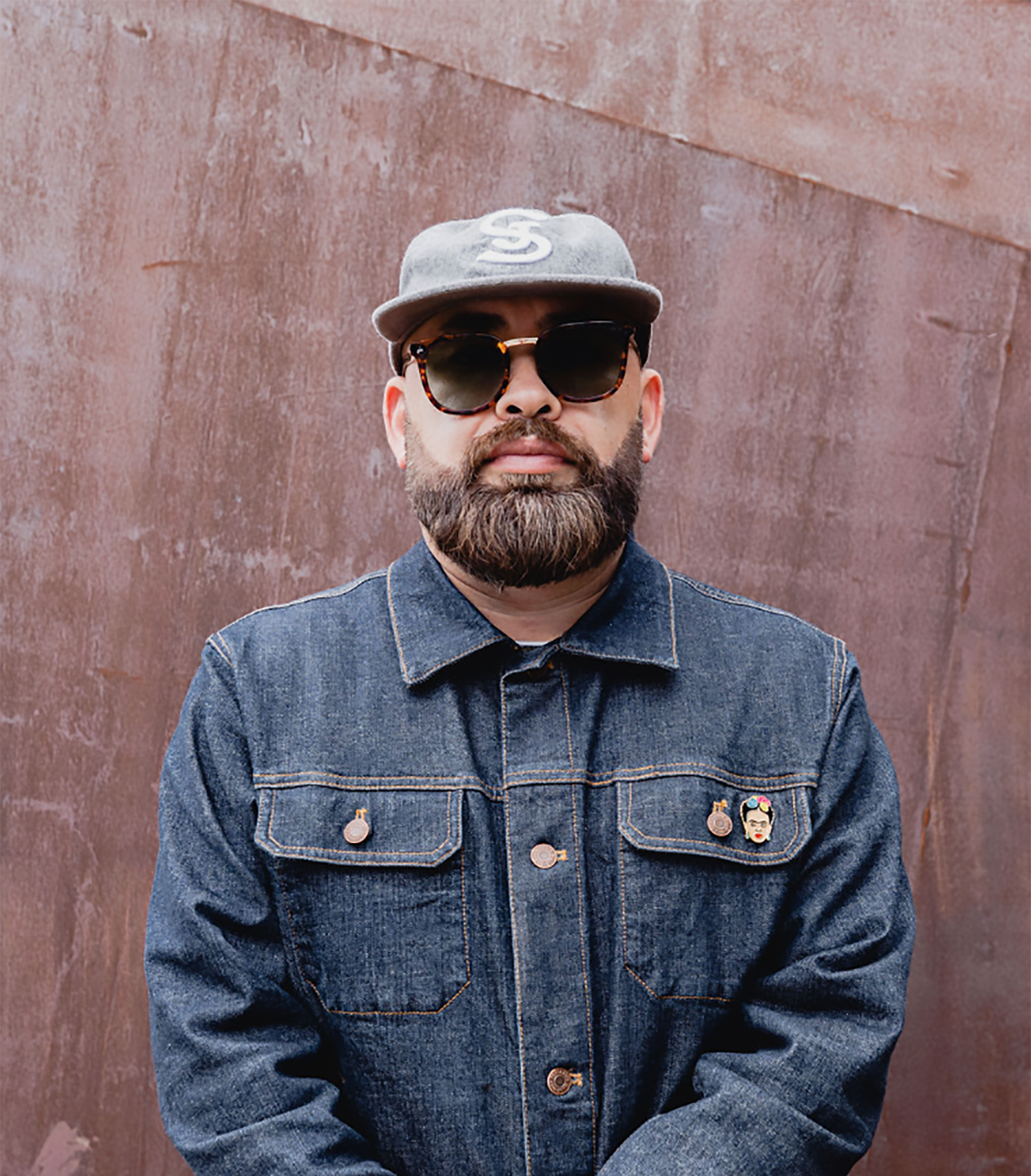 Thomas Ramon Aguilar, and his sobriquet Chale Brown, is an artist, curator, and DJ based in San Jose. Since 2001 he has presented and promoted visual artists, DJs, filmmakers, literary authors, and musicians from all over the globe under the moniker Universal Grammar (UG). On the music front, he has always produced with a forward-thinking mission to present quality artistry and emerging contemporary voices. UG has helped introduce artists into the Bay Area market and influence music festivals around the country. Since 2007 he has worked with San Jose Jazz to curate performances on the Jazz Beyond Stage at the annual SummerFest and Winterfest. He is also co-founder of the groundbreaking culture hubs Sonido Clash (2009) and POW! WOW! San Jose (2017). From 2010-2013, UG’s “Live at the Pagoda” music series transformed the San Jose Fairmont’s seldom-used Chinese restaurant into “a temple for fine music,” creating an environment for an eclectic lineup of musicians. In 2014 he launched the weekly gathering The Changing Same, an exploration of the black music diaspora focusing on emerging, future, and past influential sounds, through the presentation of DJs and live performances.