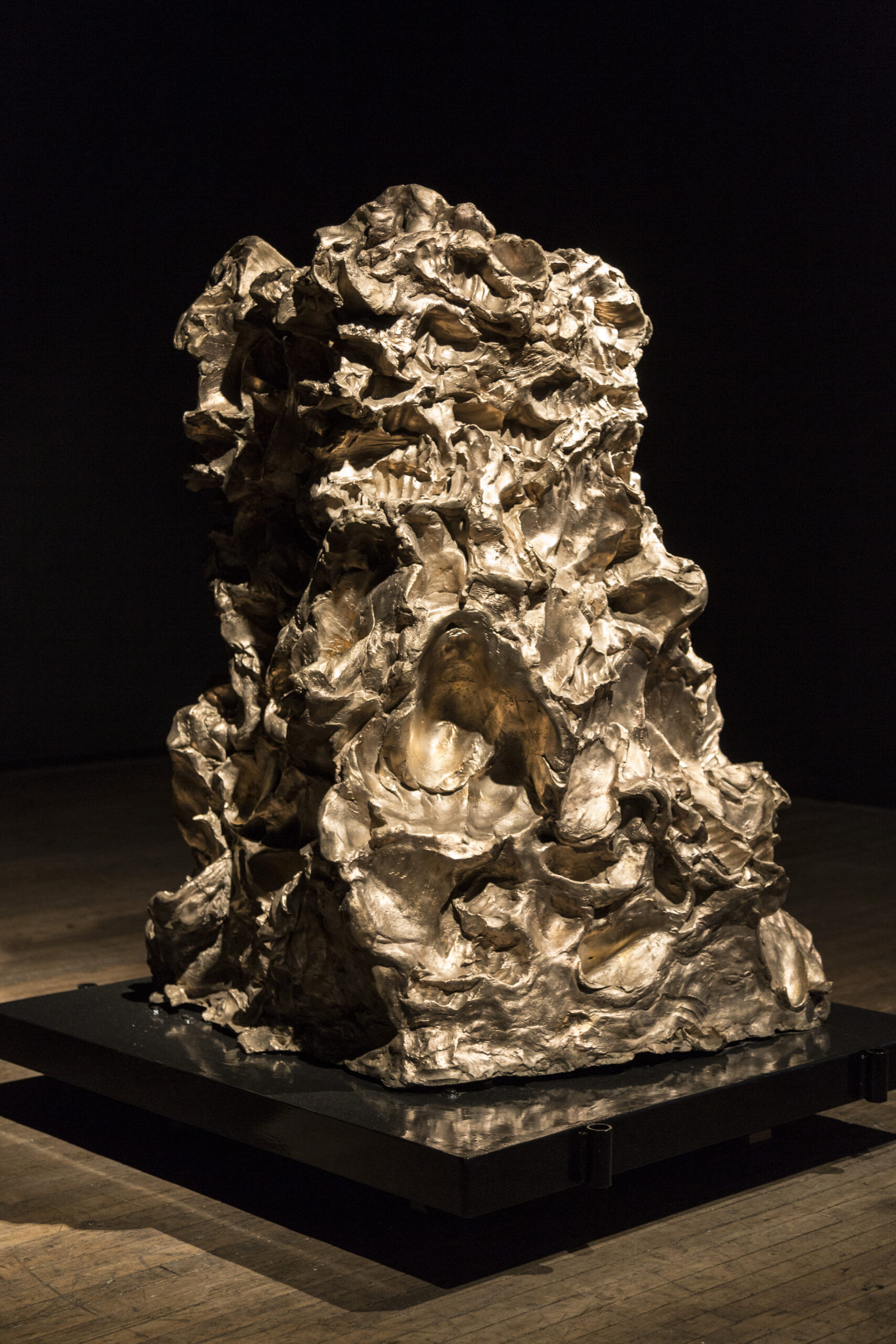 Resilience of the 20% is a sculpture cast from the bashed clay remnant of Cassils’ Becoming An Image performance, and acts as a monument to the resilience of queer communities. The title underscores a sickening statistic: in 2012, murders of trans people increased by 20 percent worldwide.

Cast in bronze and weighing nearly two tons, this massive sculpture forms the centerpiece of Monument Push. Monument Push is a four-hour performance of collectively pushing the 1,900 pound bronze Resilience of the 20% sculpture pushed through the streets of Omaha, NE in tribute to its LGBTQ History. Together with the Bemis Center of Contemporary Art and members of Omaha’s LGBTQI+ community, Cassils worked with allies and advocates to choose local sites of trauma, violence, celebration, resistance, and resilience. Selected sites included the largest prison in the midwest and the site of Omaha’s first pride parade. The world premiere of Monument Push was performed at the Bemis Center for Contemporary Arts on April 29, 2017.